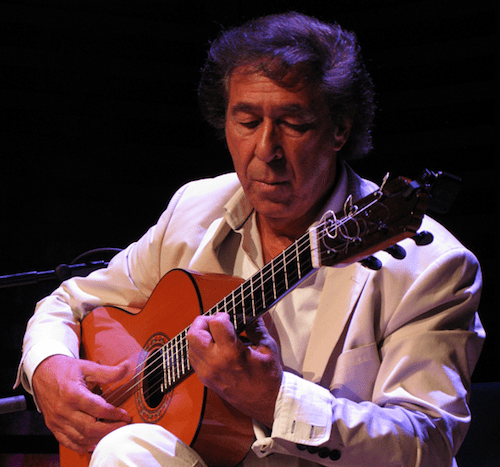 Juan Martin at Hellens, Much Marcle

Hellensmusic Through the Year aims to support musicians at every level, inspire new audiences, and bring the world’s best music to Herefordshire.

Versatile Arts, Mu Mu Audio and Hellensmusic Through The Year host world famous Flamenco guitarist Juan Martín, who returns to the Great Barn at Hellens on Thursday 14th Oct following a series of sell out performances.

Juan Martín produces sounds that are both melodic and explosive, the visceral power of authentic Flamenco. You’ll be transported to the Classic Spain of Málaga, Granada, Córdoba and Jerez on a journey through the diverse cultures of Andalucia.

Juan incorporates a myriad of influences from the gypsy culture of Rajesthan in Northern India, to the Byzantine chants plus the Hebraic and Moorish laments of Spain’s colonisation of South America – the sounds of Argentina and Cuba also evident in the rumba, guajiras and milonga.

A native of Andalucia, Juan Martín has recorded 20 albums mostly as a composer and has played with the Royal Philharmonic and greats such as Miles Davis and Herbie Hancock. Juan has twice been voted one of the world’s top three exponents by ‘Guitar Player’ magazine, and extraordinarily, actually performed for Picasso on his 90th birthday.

‘A giant of the flamenco guitar tradition’  The Times

Please note. Concert is now rescheduled to the original time of 8.00PM due to the lifting of Covid restrictions. The venue will be well ventilated and there will be sanitiser available.
Event Details
Doors Open at 7:45PM
Starts at 8:00PM