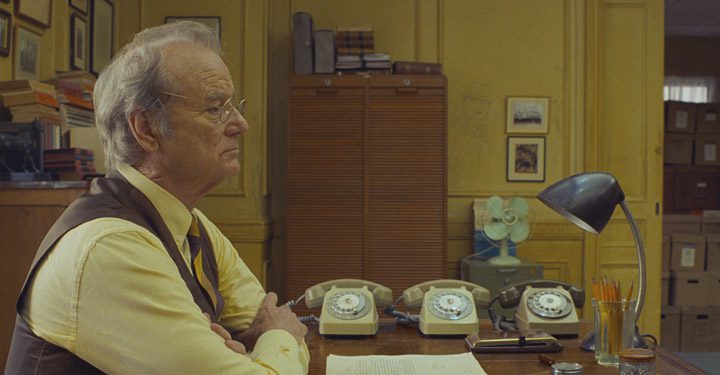 This wonderfully quirky comedy from the visionary mind of Wes Anderson brings to life a collection of stories from the final issue of an American magazine published in a fictional 20th century French city.

The stories include a travelogue of the seediest sections of the city from The Cycling Reporter; The Concrete Masterpiece – about a criminally insane painter, his guard and muse, and his ravenous dealers; Revisions to a Manifesto – a chronicle of love and death on the barricades at the height of student revolt; and The Private Dining Room of the Police Commissioner – a suspenseful tale of drugs, kidnapping and fine dining.

“The director’s 10th feature is among his most visually remarkable, each frame filled with meticulously crafted small details that add up to a dense, inviting cinematic jewel box.” Screen International

Please note: The screening on Monday 29 November at 7.30pm will include subtitles for those with hearing loss.